The Home/Exile piece comprises sets of photographs, maps and related stories or texts, all of which derive from memories, both my own and those of others. The eventual aim is to bring all of the pieces together as a connected narrative, partially fact, partially fiction that in its collective expression, touches upon various elements of a generic male identity.

The piece addresses a number of issues, both formal and intellectual. These include:

an ongoing concern with challenging notions of the “pictorial” in relation to photographic renderings of site.

contemporary understandings and experiences of “home”, “exile” and “community”.

“storytelling” – as a means of making explicit that which is implicit to all photographs, even those seemingly most banal.

In form, the works are wall-mounted installations, each component of which comprises a 360°, panoramic, colour, photographic landscape, an associated text, a large scale, ordnance survey map and/or a set of precise (Google Earth) coordinates. Choice of site and camera placement for image creation is determined by the significance of a given site to a particular memory. To give further precision to each image, date and time of day are recorded. Texts and map views directly reference the image to which they relate. To date, most pieces have been drawn from my English childhood.

The images range from 12 to 24 feet long and comprise four (4), equal-sized photographs, each covering an angle of view of 90°. Thus, moving each image component end-for-end permits each “site” to be re-presented in any one of four, “correct” ways. Text and map components are displayed in books upon podia mounted beside or beneath the photographs

The last century witnessed the greatest displacement of peoples of any in history. Never before have so many felt themselves “out of place”, alienated from their surroundings, so dislocated from an understanding of self.

The Tasmanian writer, Richard Flanagan’s suggestion that the overriding concern of 20th Century writers being “…exile…”, then that of the 21st. may well be “…returning, or coming home…”.

The American writer, John Updike’s statement that, “…home is where one first grows into consciousness of the world…”.

A number of ideas set out by Martha Langford in her book, Suspended Conversations: The Afterlife of Memory in Photographic Albums (2001); eg.

“… The contents, structure and meaning of the photographic is shaped by a vestigial, oral framework …”

“… in the thrall of written language, we speak always of reading the photograph; what I … suggest is that we pause … and try just for a moment to listen…”. 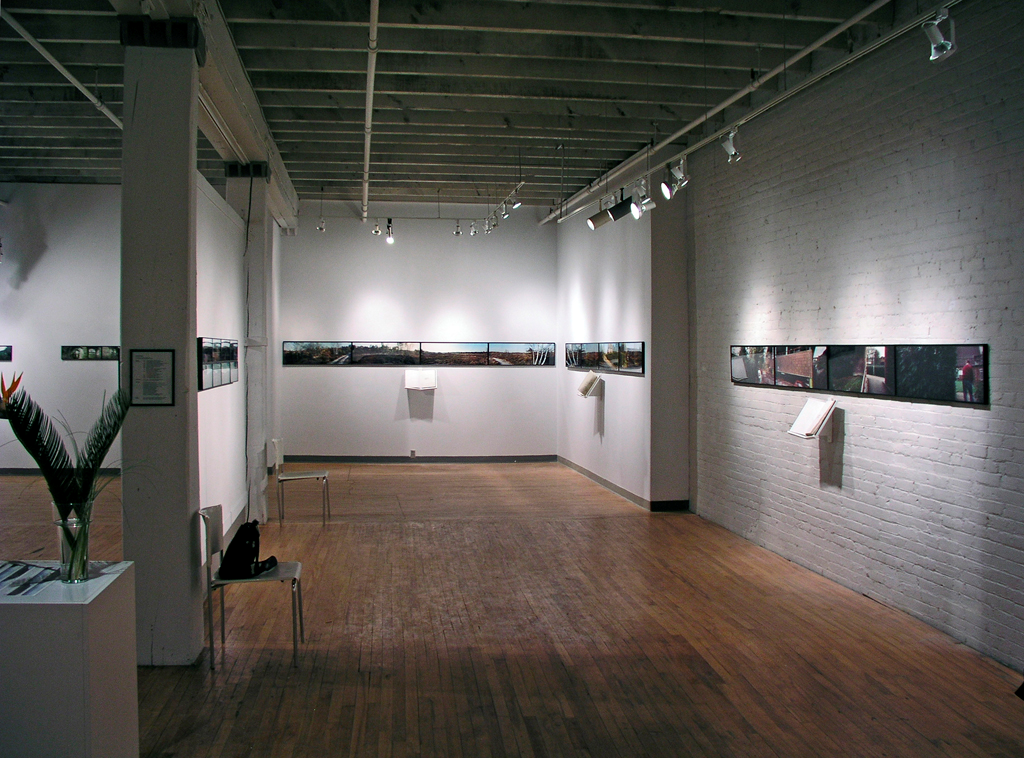 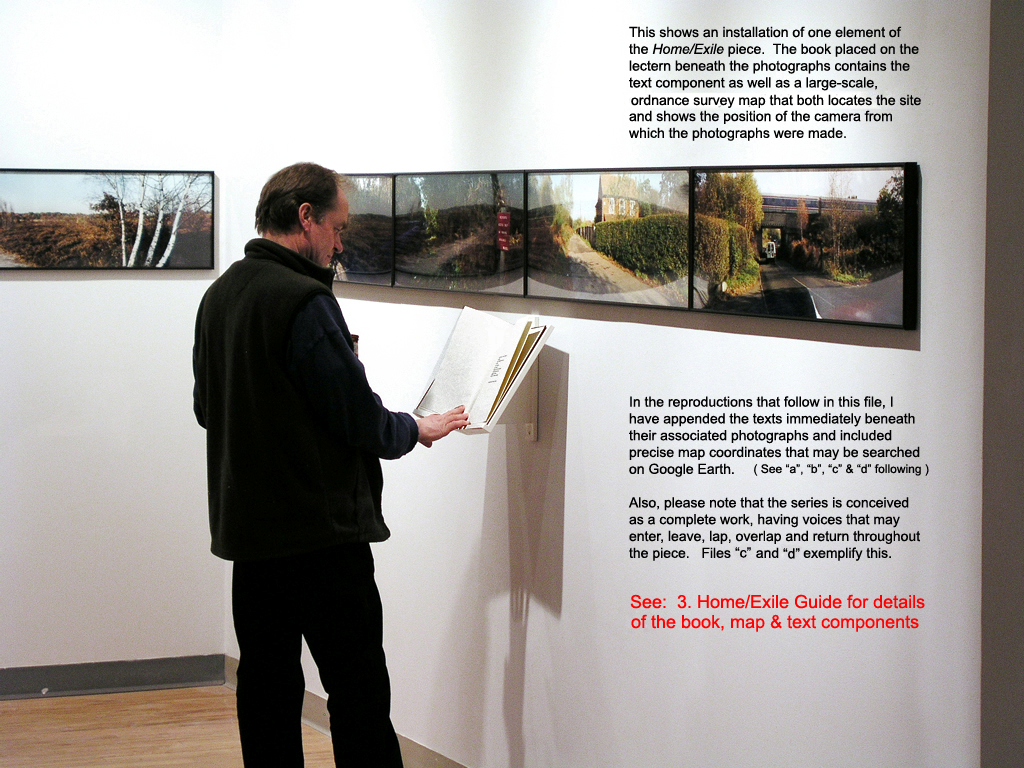 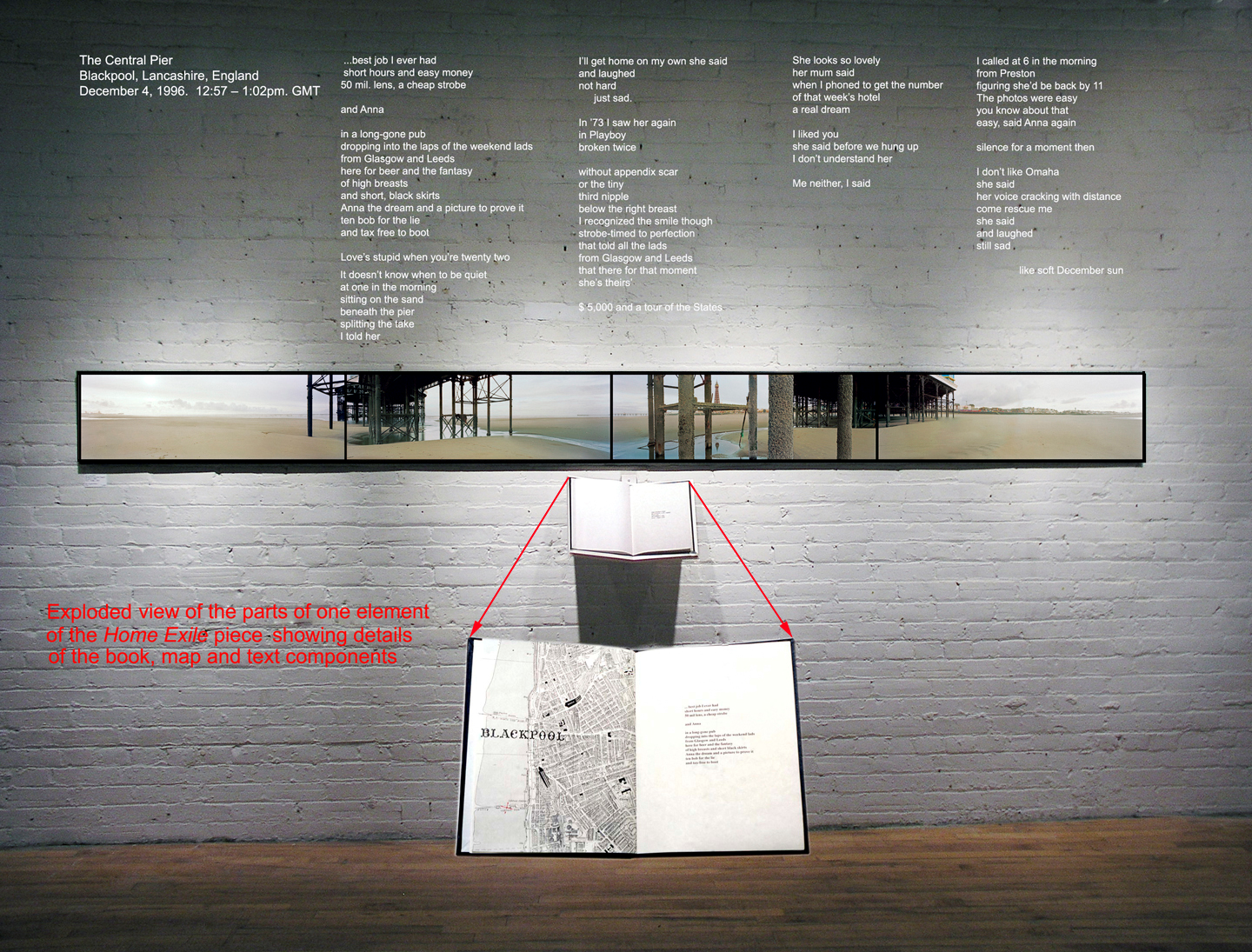 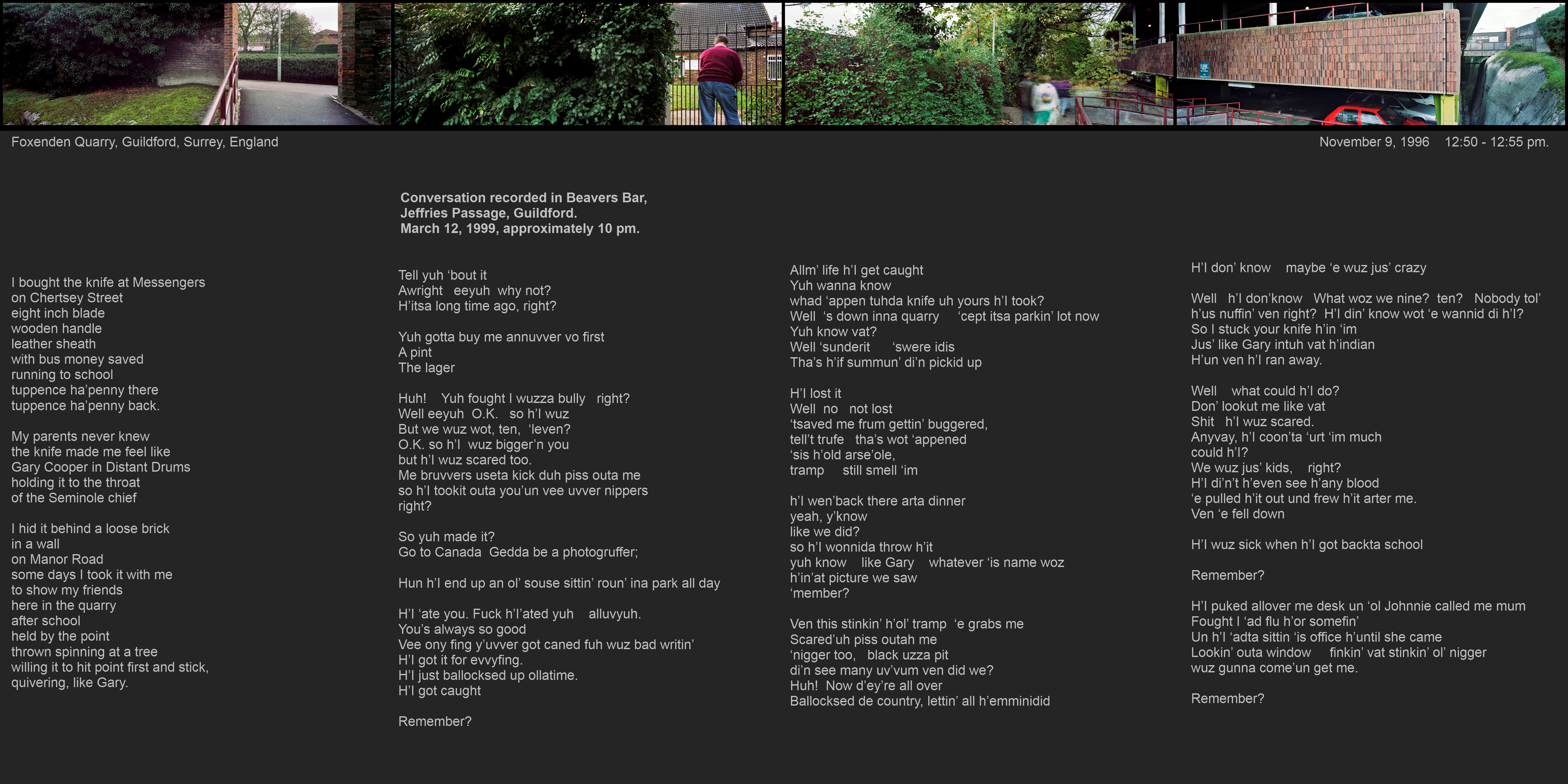